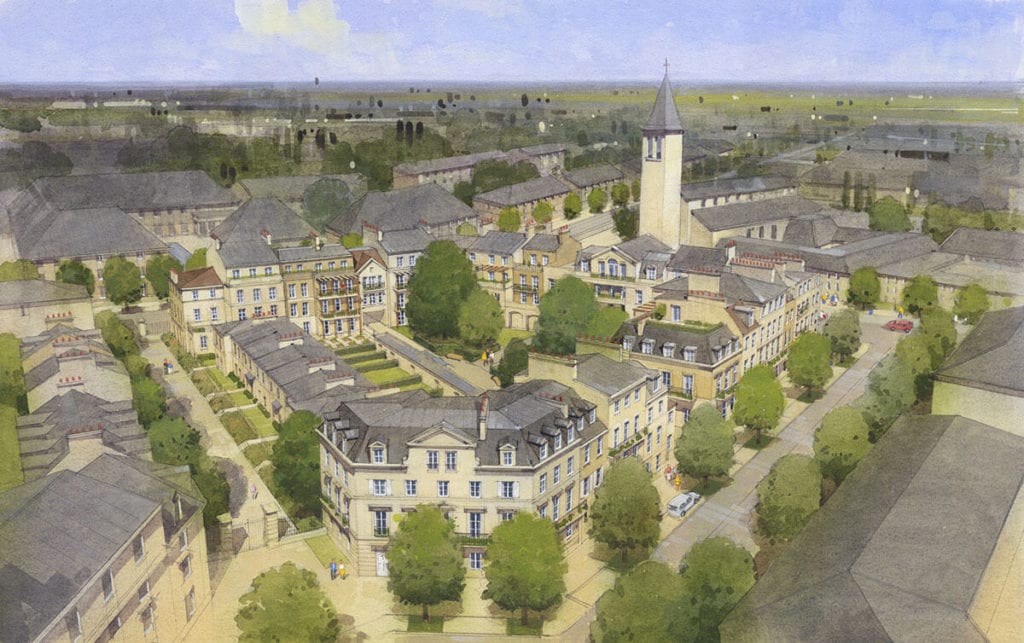 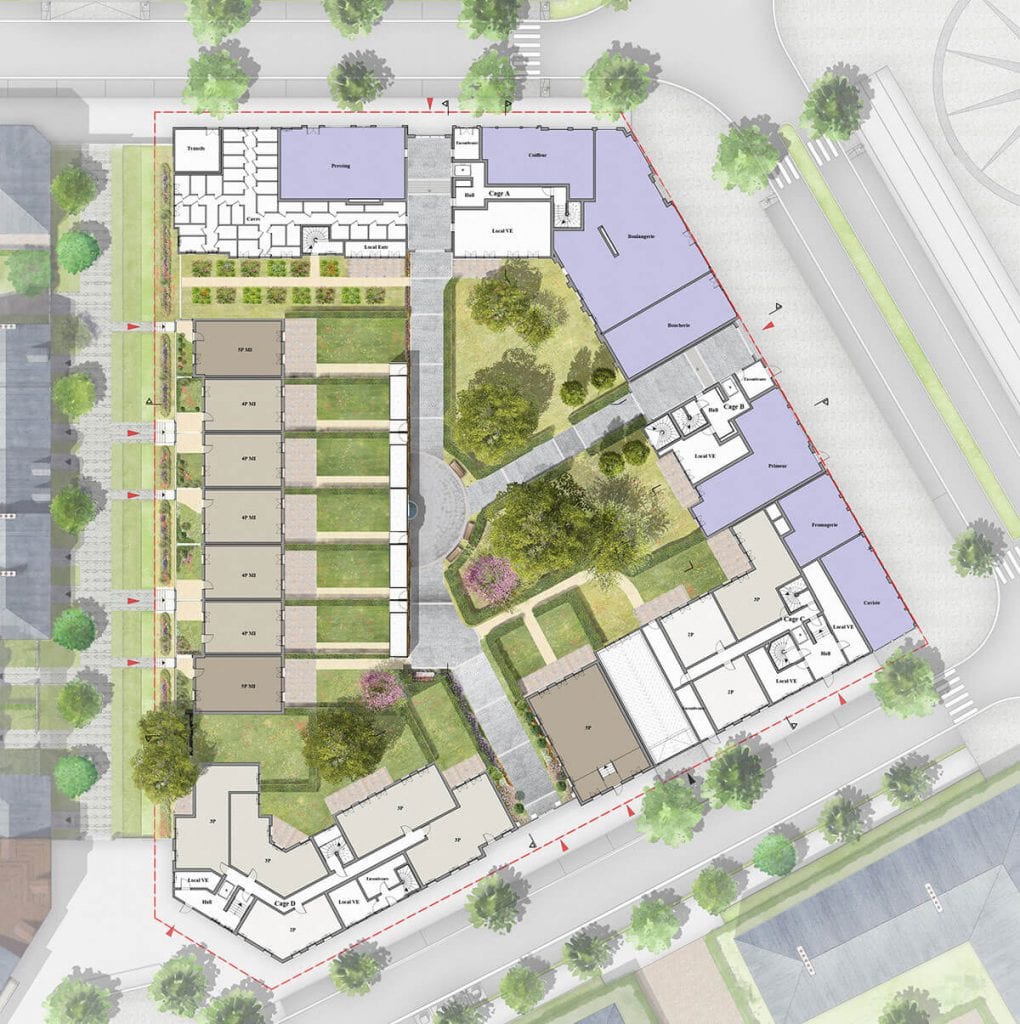 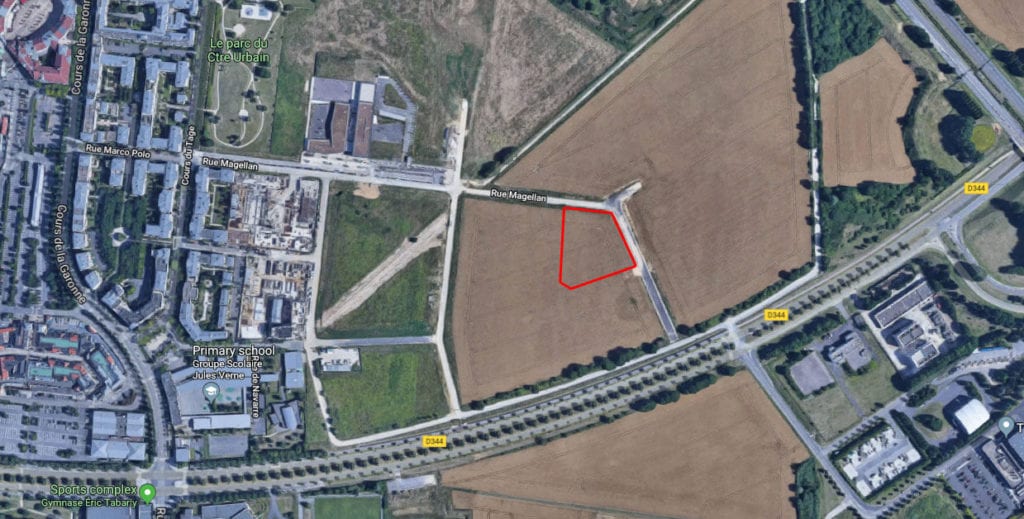 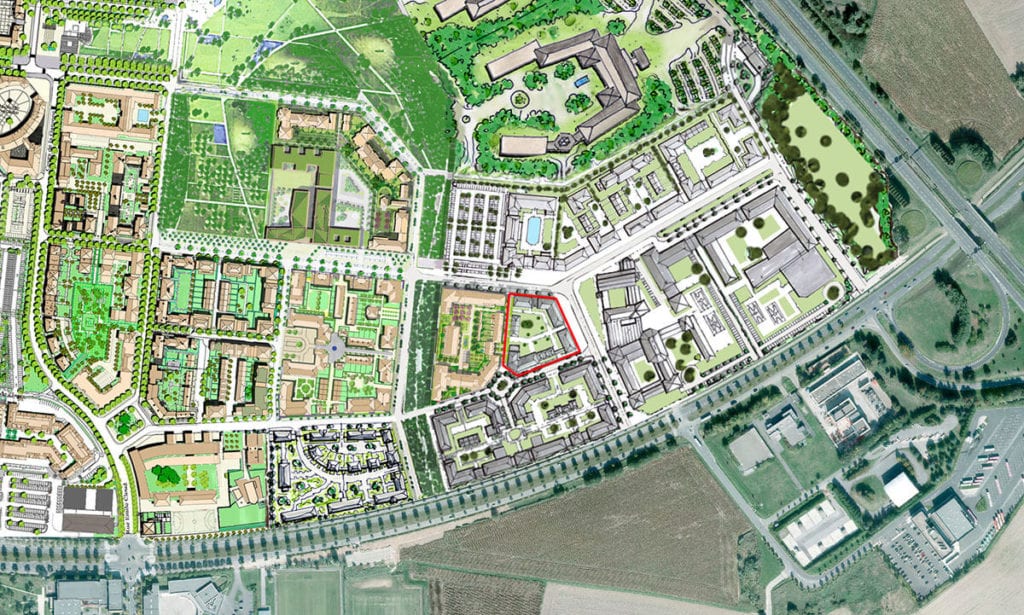 Stanhope Gate Architecture won an invited competition to design this major residential scheme in the Quartier du-Parc in the Paris suburb of Serris, a new town in Seine-et-Marne.

The scheme is set to provide 90 housing units with commercial units at street level. The site is located opposite a new proposed Catholic Church and major precinct for the new town. The community of Serris which is part of the new town of Val d’Europe, is home to a number of high-profile projects by contemporary traditional architects such as Leon Krier, Pier Carlo Bontempi, John Simpson and Maurice Culot.

The masterplan for the site and the design of the buildings follows the principles of traditional urban design and the typology of the French Faubourg urban block, typical of traditional urban centres. The architecture of the individual buildings is based on the 18th and 19th century models and adapted to multi-family units.

The project is being developed by the French residential developer NACARAT, a subsidiary of construction conglomerate Rabot Dutilleul, for the Real Estate Development, a Euro Disney company. Stanhope Gate Architecture will work in collaboration with Paris-based firm PCA who will act as executive architects.