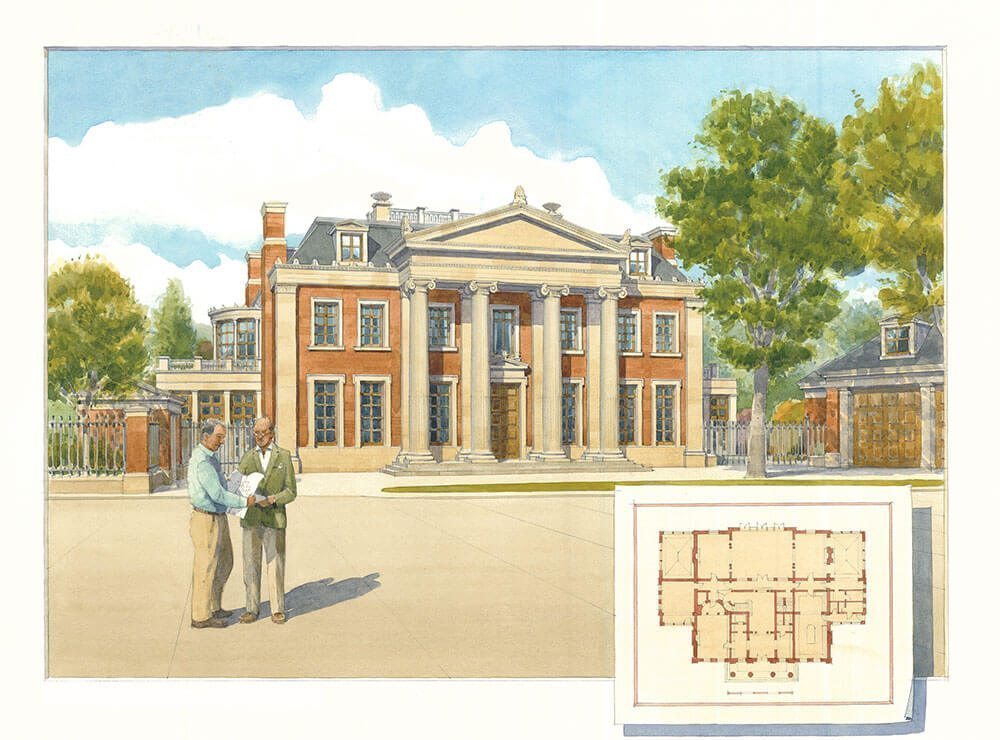 This proposal for a new replacement villa on a private road within the Highgate conservation area is skilfully composed of a classical design in the Greek Style.

This new-build property replaces the existing early twentieth century house that has no particular architectural distinction and its character had been further diluted by a series of extensions.  The 24,000sq ft development also consists of a new out buildings and a pool house set within landscaped gardens.