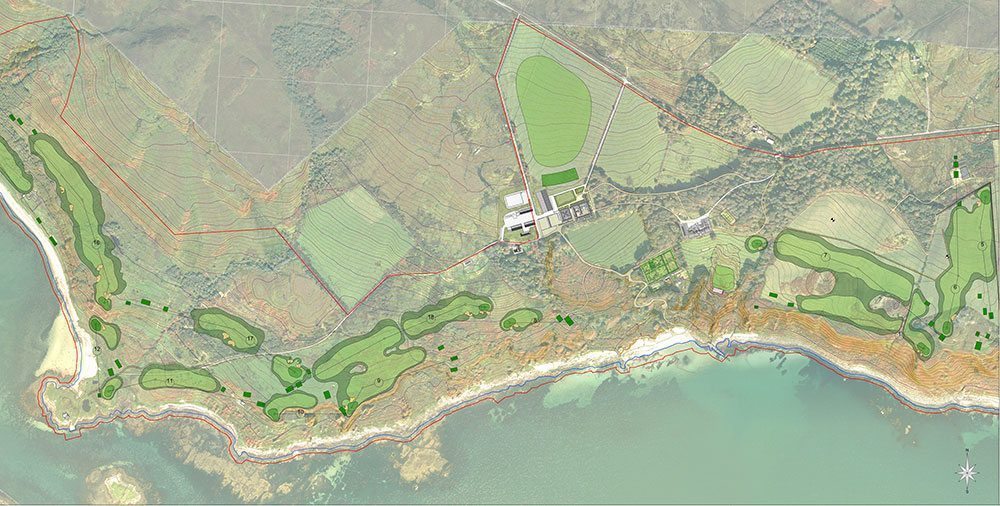 The new country house and stables is located on an extensive estate and is situated within the general context of the west coast of Scotland’s National Scenic Area.

The small existing house at the core of the new house is, a listed monument, and forms part of the distant views from the sea.  The proposals involve the addition of two substantial, east and west wings to the original house forming a new composition in the picturesque tradition.

The design of the extensions use the language of Modern Traditional Architecture and the time honoured character of Scottish Vernacular. The use of traditional materials such as scored render and stone are employed in the design of the new building. This ensures harmony and continuation of the existing building and its relationship with the immediate surroundings which is complementary to, but not a servile copy of, the existing house.  The interiors of the house are designed in collaboration with Louise Jones.