In today’s world how does one design, ex nihilo, a new city that simultaneously represents beauty, practicality and sustainability?

A city that creates social diversity without architectural discrimination, limits the use of vehicles, responds to ecological imperatives, offers a balance between housing and office spaces and is harmoniously developed over time?

This was the challenge that was proposed an achieved in Vad d’Europe, a city created thirty years ago 40 kilometres east of Paris. Its genesis was backed by a vision: that of reviving European urban genius by inventing an authentic city, while still responding to today’s demands. Ghee, the streets represent a familiar character, the squares are convivial, the architecture is the same for both social and private housing. The neighbouring theme parks, companies and services generate thousands of jobs nearby and the city, arriving at the half point of its initial goal of 60000 inhabitants, is acclaimed by those who live here. 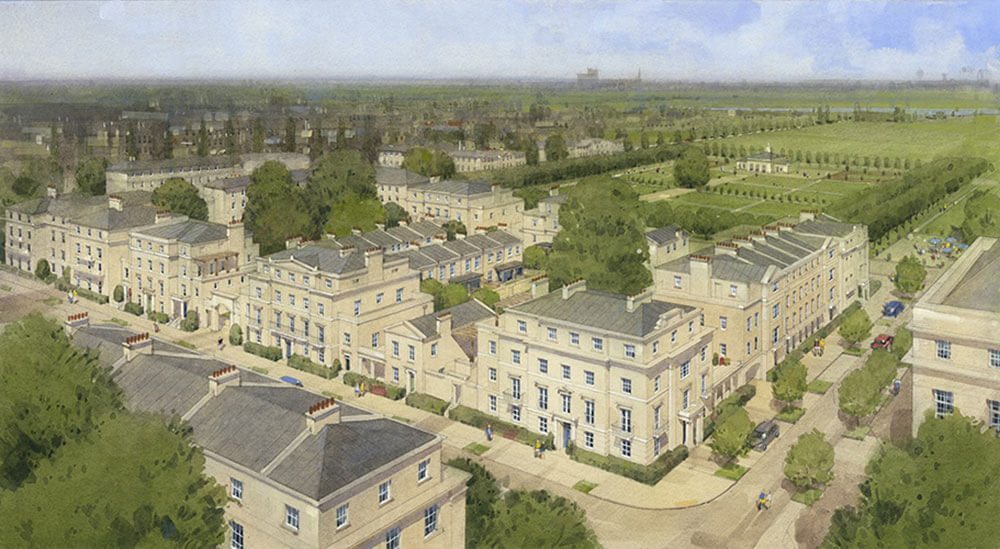 This book, written by two architects and illustrated with maps, original photographs and watercolours, presents, without concealing the difficulties, the process that was put into place in order to achieve the same urban quality as Europe’s most beautiful cities.

Buy this book (in French via Amazon)